INFORMATIONAL FACTS ABOUT THE PROGRAM 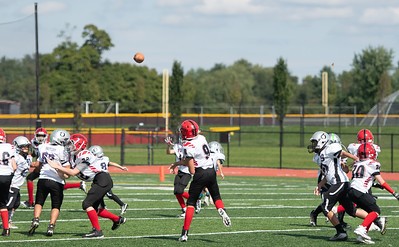 Our Jr. Ravens Football league is comprised of boys in Kindergarten - 8th Grade. We are a competitive travel team and play in the West Jersey Youth Football League. This is developmental level tackle football. Our goal is to teach the boys the fundamentals of the game. Learning football is a commitment; with practices starting in August, including scrimmages against other teams. We want the boys to have fun. After all, football is a game. All the boys will play. We hope we can impart our love of the sport and the fun of being on the Junior Ravens to your son. And we believe that you will enjoy being part of our team family.

​The West Jersey Youth Football League has two division comprised of 7 teams each: