Informational Facts About the Program 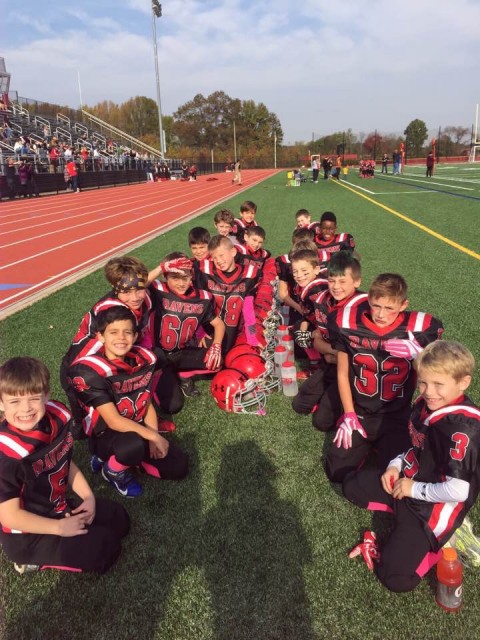 5U/6U (as of September 1, 2020) who weigh 60 lbs or less. This team is comprised of 1st Graders and Kindergarteners.  There are exceptions to allow young heavier players to compete at this level. Children who are 4, 5 or 6 in the calendar year can weigh up to 65 lbs. Children who turn 7 during the season must weigh 60 lbs per league rules. Most players at this level weigh between 40-50lbs.

We are a travel team and play in the West Jersey Youth Football League, but this is not competitive football.  Scores at the level are not kept and there are no playoffs. This is a developmental level tackle football. Our goal is to teach the boys the fundamentals of the game.  Learning football is a commitment; 3 practices a week in August, including scrimmages against other teams. We know that some parents are hesitant to allow their sons to play football at this young age. Our coaches all once played football ourselves and currently have sons on the team. Such concerns are well known to us. We are therefore committed to teaching safety, proper techniques and promoting sportsmanship. We also want the boys to have fun. After all, football is a game. All the boys will play. We hope we can impart our love of the sport and the fun of being on the Junior Ravens to your son. And we believe that you will enjoy being part of our team's family.